Sunday night we had a little family trip to the zoo for their annual Halloween event.

We had free tickets from the company Brent works for (which in 2 days will be his former company!) so we took advantage of that. We still spent $16 in rides…money well spent due to the joy on Lily’s face. And the fact that the train ran out of gas so we got to ride backwards on the track back to the station. I’ll be honest with you though, I wouldn’t have paid money for the tickets AND the rides. I’m too cheap and the 3 laps around a small diameter to ride a pony was not worth $5.50.

And now I’m done with my review. On to the fun stuff. Pictures! 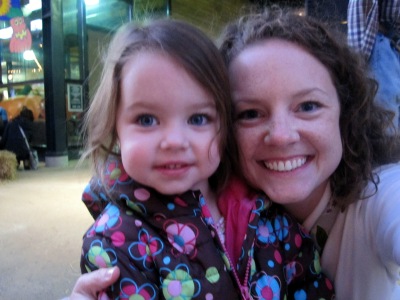 Waiting for Daddy to get a ticket to ride the pony!

LOVE the expression on her face! This was just before she realized what was going on and proceeded to get down. 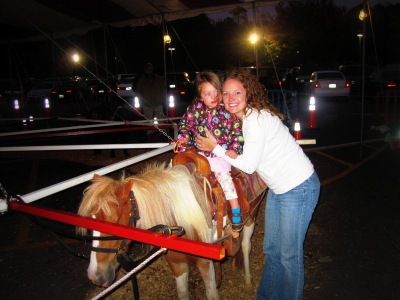 The best pic Brent could get of us. You know who wouldn’t cooperate…and it wasn’t me or the pony. There is a pic of me with my mom around Lily’s age doing the same thing except I am red in the face and screaming. Dad, if you care to rummage through a bunch of old pics to find it, let me know.

We danced to the Monster Mash

Yes, she has on bright blue socks. I refuse to battle this. Not important and not worth the fight. 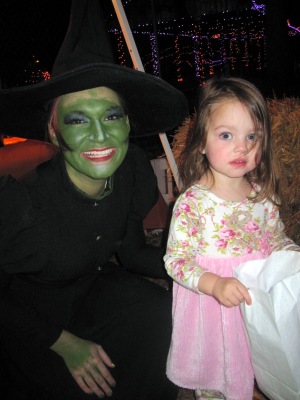 She asked all night if we would see a witch. We did while trick or treating. She’s overcome with excitement…can’t you tell? Ha!

Lily and Daddy waiting for the Scooby Zoo wildlife show to start. If by “wildlife” you mean a rat, opossum, snake, and crow, then you got it! If by “show” you mean zoo workers dressed in costume with mics that hardly work, you got it! 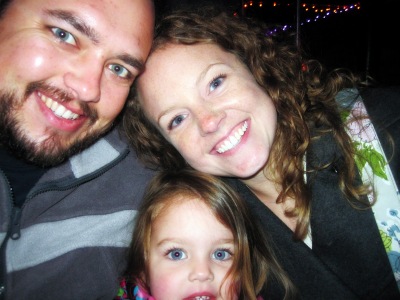 Family pic on the train: Take 1

Family pic on the train: Take 2
After we left, we went to dinner. Lily wanted CFA until she realized it was Sunday. Then, she wanted to eat at Winn Dixie until we reminded her that was a grocery store. So we settled for Italian!
Happy Halloween!